Born in 1983, in Brussels, he left his native Belgium very early, to live in Africa and French Polynesia until he was 18 years old. Drawn to the sculptural and graphic arts, at the same time holding a strong connection to the rich universe of wild flora and fauna, he let his experiences and travels guide him naturally towards studies of landscape architecture. He then worked in large architectural offices for about ten years. During this time, he experienced a growing interest in abstract monumental art and the rigor of steel, still being at an early age. The greatest sculptors, whom he considers as his mentors, while maintaining his own style, include Eduardo Chillida, Bernar Venet, Philippe Hiquily, Constantin Brâncusi, Alexander Calder, Henry Moore, Isamu Noguchi, Beverly Pepper, and many others, accompanying him in his reflection and remain for him as points of reference punctuating his artistic approach.

At the age of 27 he created his first monumental sculpture followed by a private commission. He then discovered the welding of Corten steel, a material he still greatly admires. This was followed by a timid series of sculptures and sketches, which allowed him to establish confidence in his own work as a sculptor, while continuing his practice as a landscape architect. Eight years later he held his first public exhibition in Belgium (Abbaye d’Aywiers, Lasne), his real starting point into the domaine  of monumental sculptural.

After many commissions the following year, he made the decision to devote himself entirely to sculpture. The many orders that followed, allowed him to devote himself completely to sculpture. Two Belgian galleries (Ysebaert Gallery, Latem-St-Martin, and Visus Pictures, Lasne) exhibited his work at international fairs, art fairs, and monumental open-air exhibitions. One of his monumental creations (Les Alliances), acquired later by a collector, is now exhibited in the public space in Belgium (Mont-Saint-Guibert). A work which, by its size (4 m high) and weight, will be exceptionally carried out by the Liège Boilermaker Melens & Dejardin, in particular, famous for a very successful production of the Arcs project by artist Bernard Venet installed in Versailles in 2011.

Antoine’s sculptures are abstract, certainly, but always reflect a human expression: a movement, an off-balance, a determination, a dance, an opposition, an agreement, an equilibrium. This is the common denominator of his creations: the abstract using the language of the figurative.

For him, Corten steel is not a cold and lifeless material. Its warm color and “lively” hue harmonize perfectly with the predominant green tone of the parks and gardens that host his creations. Darkening over the years, Corten steel evolves with time and seasons, like other natural elements that are all subject to perpetual change, thus becoming a living element of Nature.

Self-taught in the field of sculpture, but also in the technique of welding, Antoine produces all his works himself, apart from very large ones. Being a landscape architect, Antoine LeClercq always integrates his sculptures into the landscape, positioning them within it, creating a true harmony between manmade creation and the natural universe of flora. 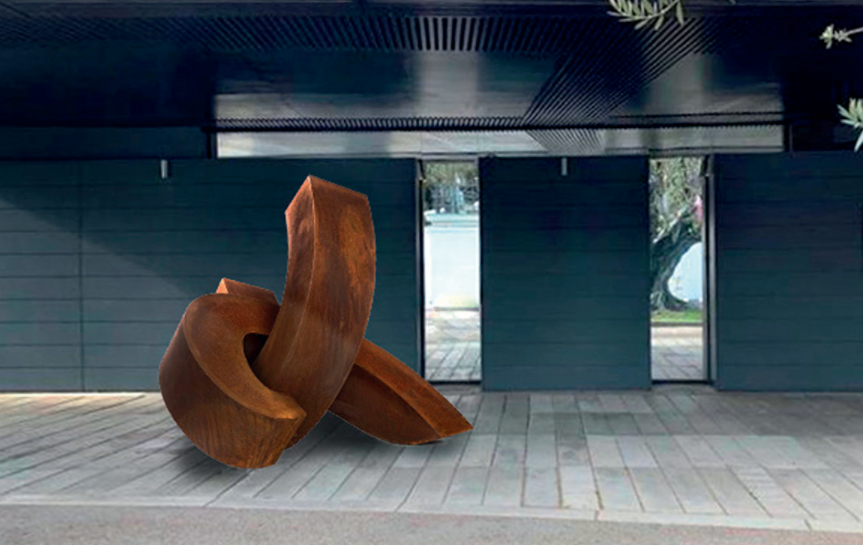 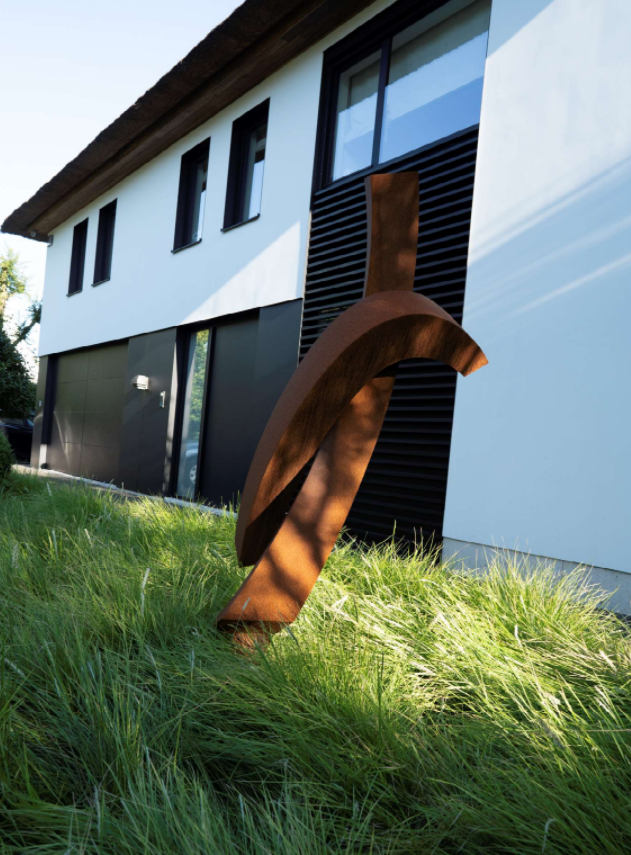