He was enrolled at the Ecole des Arts Décoratifs in Paris from 1895 to 1897 and later studied with Fernand Cormon, Ferdinand Humbert, and Albert Charles Wallet. He began to paint in an impressionist manner in the winter of 1902–03 and began to exhibit at the Salon d’Automne and the Salon des Indépendants of 1903.

His first solo show was held at the Galerie Haussmann, Paris, in 1905.

From 1908, elements of Fauvism and Neo-Impressionism as well as Cubism and other forms of abstraction appeared in his painting, and by 1912 he had evolved a personal amalgam of Cubism and Fauvism. Picabia worked in an abstract mode from this period until the early 1920s.

Picabia became a friend of Guillaume Apollinaire and Marcel Duchamp and associated with the Puteaux group in 1911 and 1912. He participated in the 1913 Armory Show, visiting New York on this occasion and frequenting avant-garde circles. Alfred Stieglitz gave him a solo exhibition at his gallery “291” that same year. In 1915, which marked the beginning of Picabia’s machinist or mechanomorphic period, he and Duchamp, among others, instigated and participated in Dada manifestations in New York. Picabia lived in Barcelona in 1916 and 1917. In 1917, he published his first volume of poetry and the first issues of 391, his own magazine modeled after Stieglitz’s periodical 291. For the next few years, Picabia remained involved with the Dadaists in Zurich and Paris, creating scandals at the Salon d’Automne, but finally denounced Dada in 1921 for no longer being “new.” The following year, he moved to Tremblay-sur-Mauldre outside Paris, and returned to figurative art. In 1924, he attacked André Breton and the Surrealists in 391.

Picabia moved to Mougins in 1925. During the 1930s, he became a close friend of Gertrude Stein. By the end of World War II, Picabia returned to Paris. He resumed painting in an abstract style and writing poetry. In March 1949, a retrospective of his work was held at the Galerie René Drouin in Paris. Picabia died November 30, 1953, in Paris. 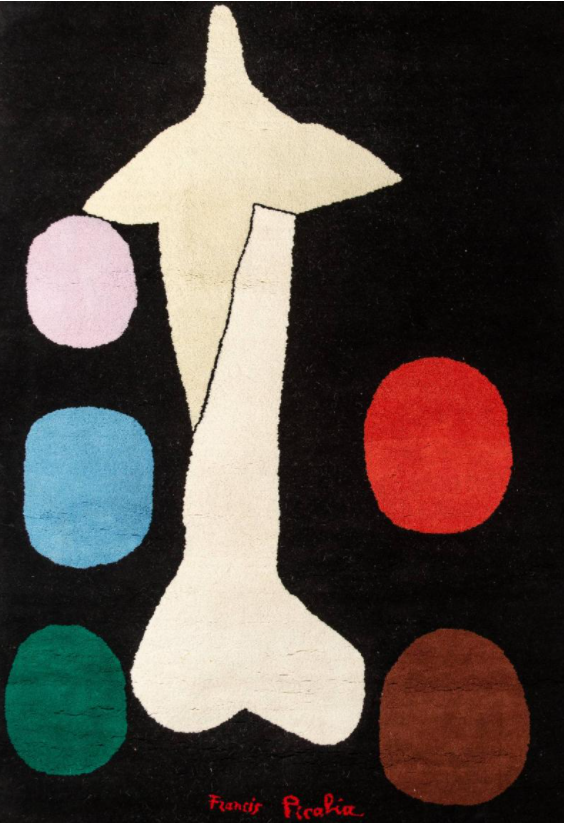