Boccara Gallery is pleased to present “The Great Waterfall”, a major work of René Perrot. This unique tapestry is one of the largest and most beautiful Aubusson tapestries. It is currently preserved in perfect condition in the Boccara collection.

René Perrot was a student at the National School of Decorative Arts in Paris between 1932 and 1936 and began as a poster artist but his activity was interrupted during World War II.

From 1932, he became interested in wall art decoration after meeting Jean Lurçat. René Perrot is the inventor of a wall decoration process, nitrogravure on Comblanchien stone.

His anti-militarism led him to compose two albums dedicated to the First World War, one prefaced by Roland Dorgelès, the other by François Barthille. During the war, he participated with Paul Flamand and his team in the Jeune France movement. Then, in 1942, he became responsible for the mission of the National Museum of Popular Arts and Traditions, where he toured France with the museum sites.

At the end of the war, he learned the profession of cartoon designer in Felletin, then in Aubusson in Creuse.

From 1945, he fully devoted himself to tapestry, and from 1946 on participated in annual exhibition of French tapestry at the Museum of Modern Art in Paris. He produced more than 500 cartoons, executed by the great tapestry manufactures, Rivière des Borderies, Ateliers Pinton, Tapisserie d’Aubusson. He continued all his life to engrave, on wood and in etching, and was also a recognized ceramicist. 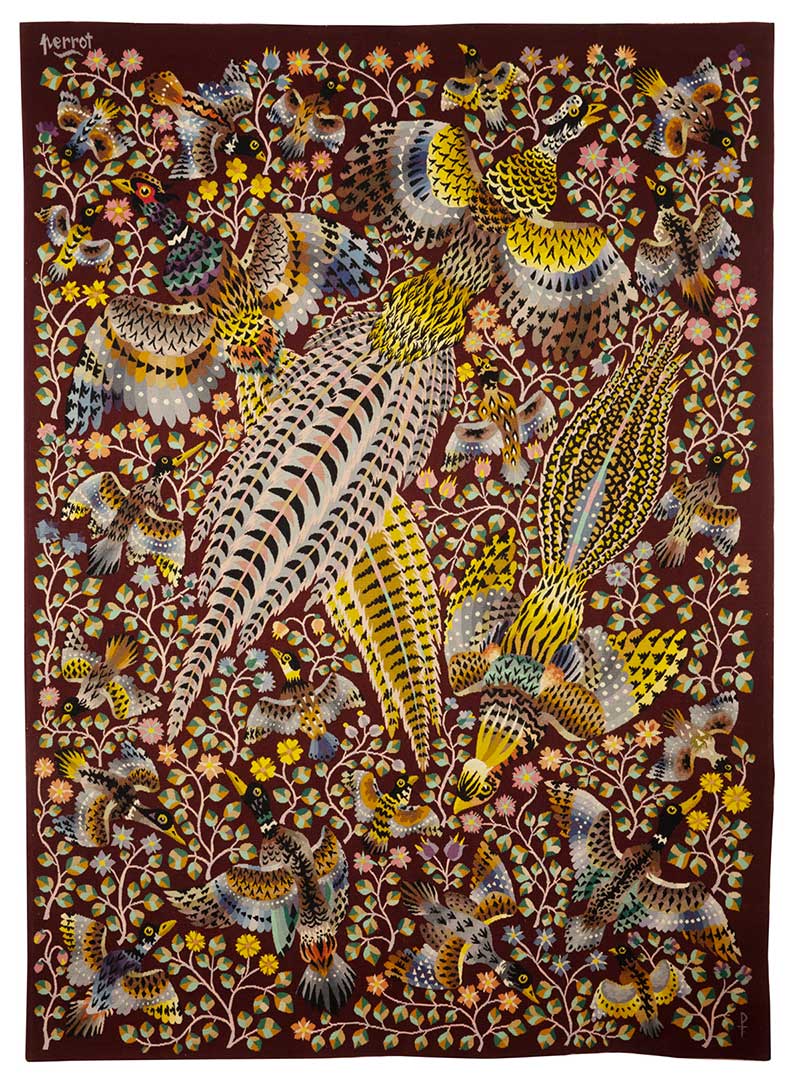 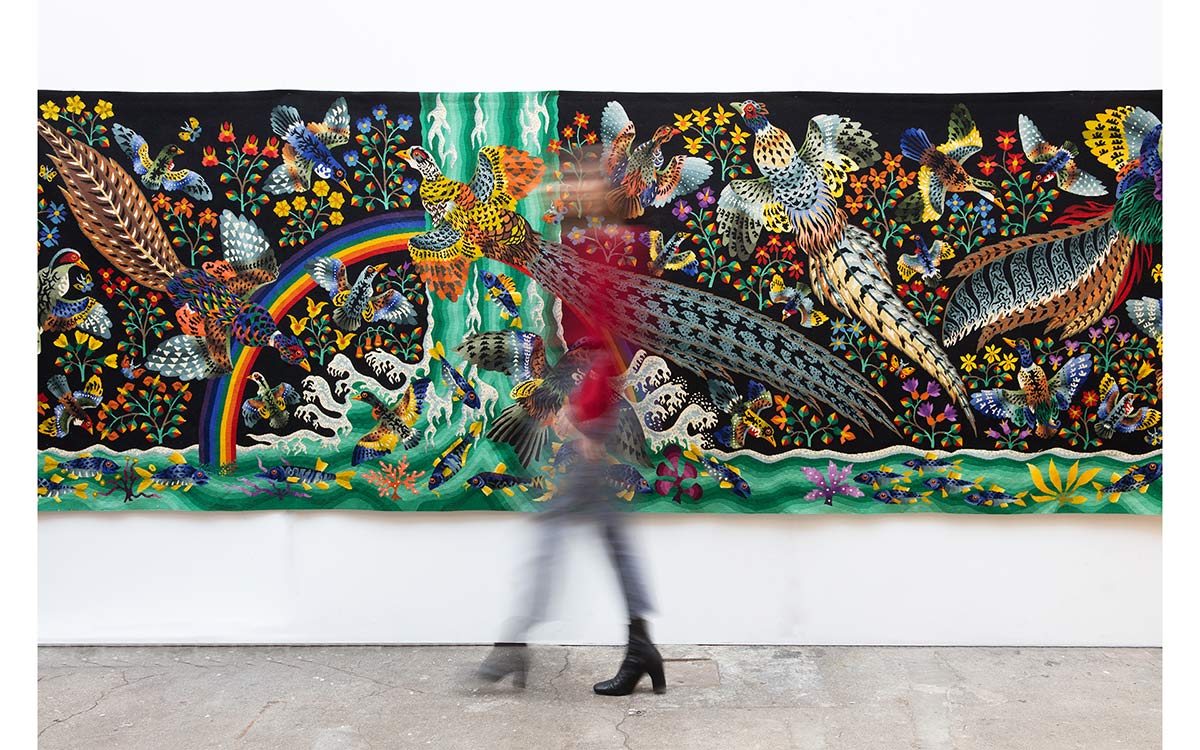 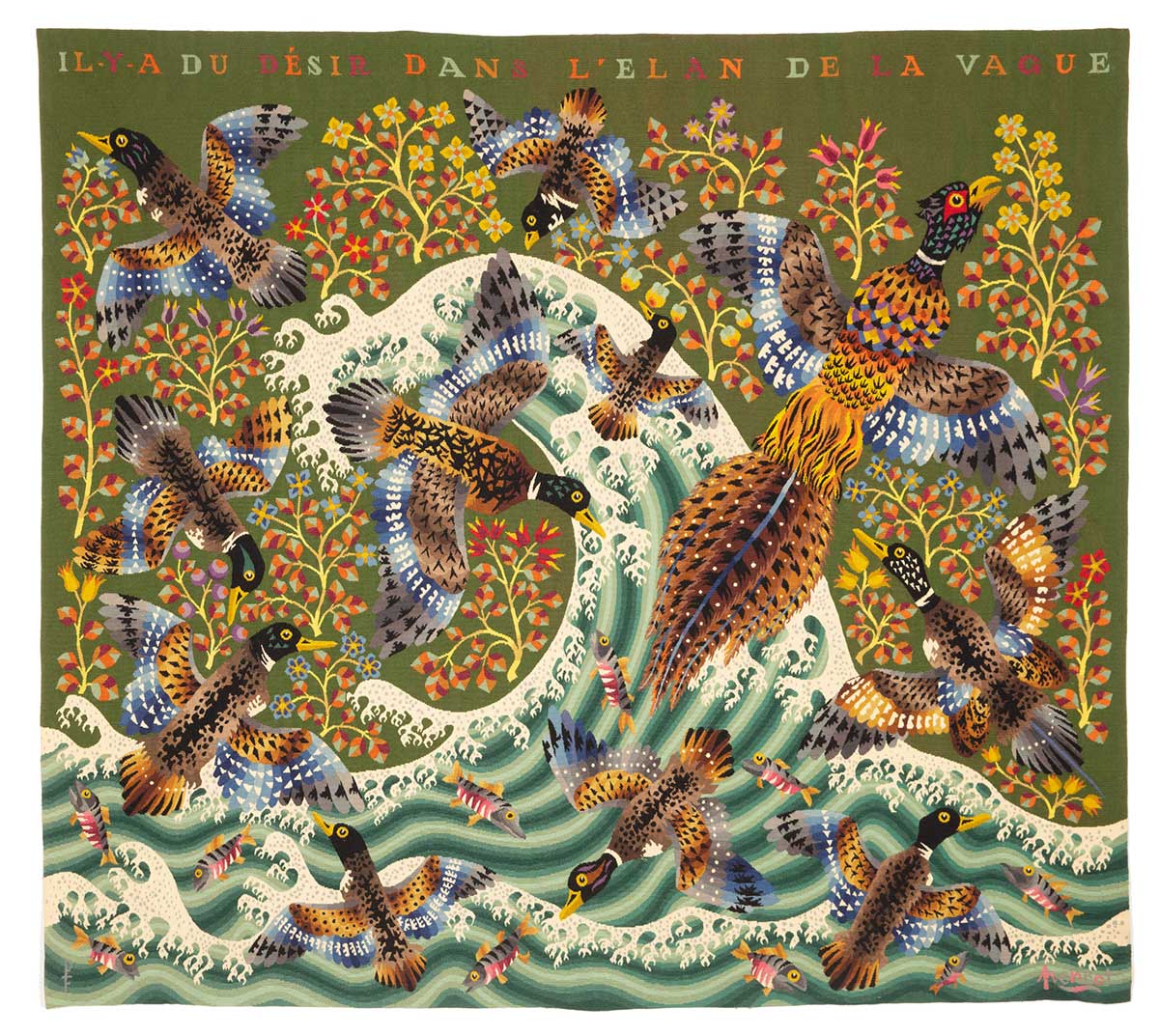