was a multi-disciplinary abstract artist and key figure in the Parisian avant-garde scene. A French artist of Russian descent, she was formally trained in Russia and Germany, then moved to France to expand her practice to include textile, fashion, and set design. Together with her husband Robert Delaunay and others she co-founded the Orphism art movement, noted for its use of strong colors and geometric shapes. Delaunay was the first living female artist to have a retrospective exhibition at the Louvre in 1964, and in 1975 an officer of the French Legion of Honor.

Born Sarah Élievna Stern on November 14, 1885, in Odessa, Ukraine to a poor Jewish family, she was sent to live with her wealthy uncle Henri Terk at the age of five. Adopting the name Sonia Terk, she studied drawing in Germany at the Karlsruhe Academy of Fine Arts, before moving to Paris in 1906. It was here that she met and later married the art dealer Wilhelm Uhde, who served Terk/Delaunay as a means to becoming a French citizen. During these early years in Paris, her paintings underwent a formal shift influenced by the vivid colors of Fauvism. It was Uhde that introduced her to her future husband Robert Delaunay. Having left Uhde for Delaunay, the new couple pioneered a fusion of Cubism and Neo-Impressionism, later deemed Orphism by the poet Guillaume Apollinaire.

During her studies at the Académie de la Palette everything she made had clear traces of influence of Paul Gauguin, Vincent van Gogh and the Fauves. Her marriage with Robert Delaunay, an ambitious artist of the Parisian Avant-garde, was determined by a mutual inspiration to colorful compositions. Both artists intensively dealt with the depiction of light and movement and found a new artistic form of expression on the base of a simultaneous contrast.

While Robert Delaunay, conceptualized abstraction as a universal language, Sonia Delaunay experimented with it in versatile media. The 1930’s were marked by the development of a refined abstraction characteristic as part of the International Style. During the postwar period, Sonia Delaunay’s painting underwent a profound renewal that culminated in the late 1960s in an intense poetic abstraction. Her formal and technical creativity was then expressed in monumental works in painting, mosaic, rugs and upholstery.

After spending some time in Portugal in 1914, Delaunay and her family lived in Madrid, where she met Sergei Diaghilev (1872-1929), for whose ‘Ballets Russes’ she designed the costumes and the stage sets.

She returned to Paris after the end of World War I. She made the sets for Dadaist plays and films. Decorating a pavilion at the World Exhibition in 1937 was a joint highlight for the couple’s artistic career. Sonia Delaunay received the gold medal for her fresco ‘Portugal’ at the ‘Pavillon des Chemins de Fer‘. After World War II she painted with intensive and powerful creativity that she painted the large series such as ‘Rhythme‘, ‘Rhythme coloré‘ and ‘Rhythmes-couleurs‘.

Her work in modern design included the concepts of geometric abstraction based on exploration of the interaction between colors that created a sense of depth and movement throughout her work. Among others she stood for the integration of all art domains: furniture, fabrics, tapestry and wall coverings, and clothing into art practice. Not just painting, but her work in fashion through her own design atelier, Maison Delaunay, theatrical design, the applied arts, including textile and tapestry design, defines her broad legacy in the 20th century art and culture.

She died on December 5, 1979, in Paris, France at the age of 94. Today, the artist’s works are held in the collections of The Museum of Modern Art in New York, the Carnegie Museum of Art in Pittsburgh, and the Hermitage Museum in St. Petersburg, among others. 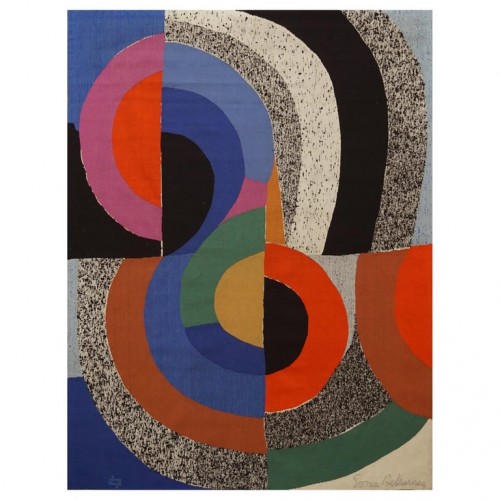 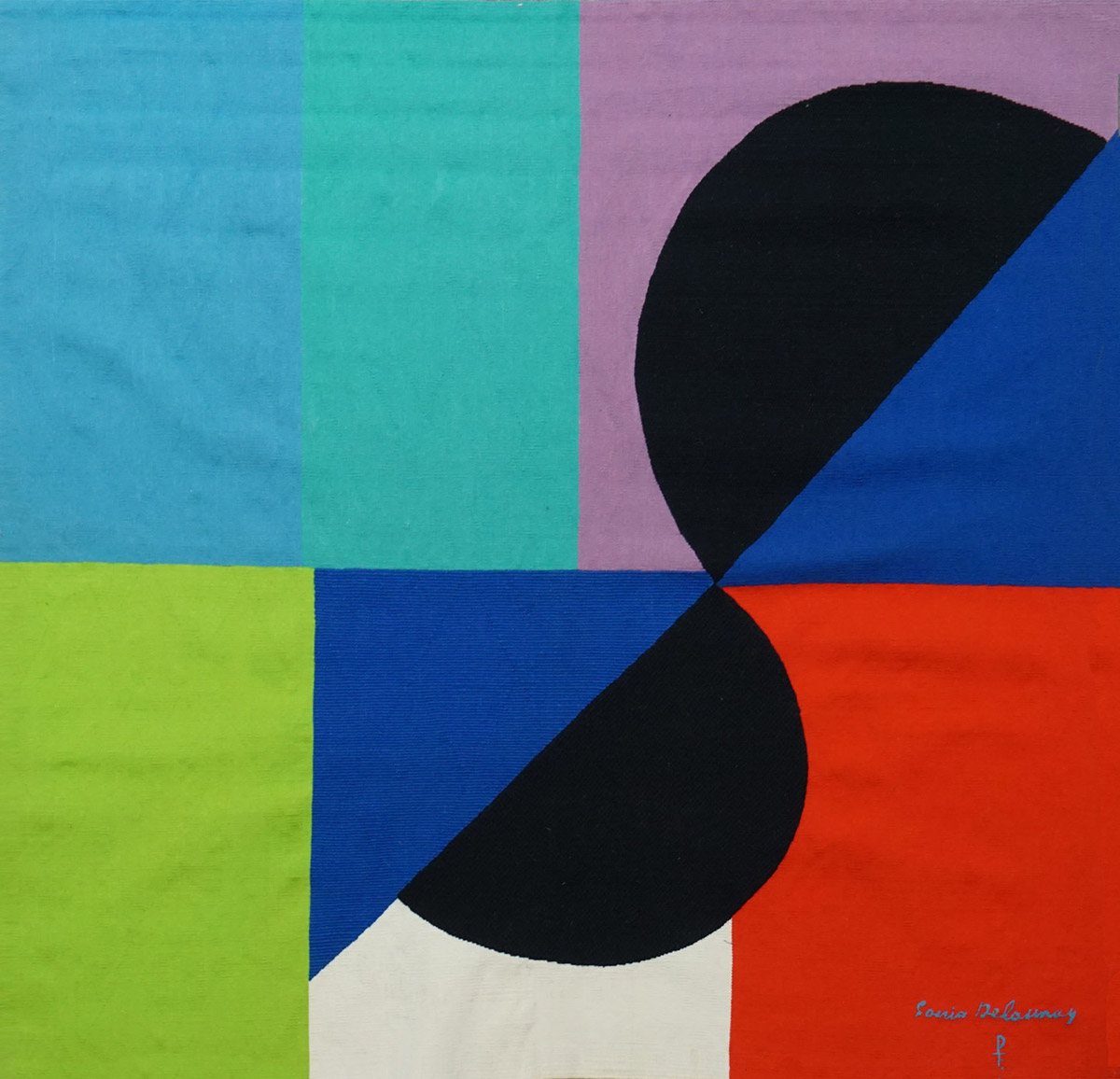