Mathieu Matégot’s influence in the textile world is internationally recognized. His involvement in innovative techniques and original forms makes him one of the most remarkable artists of our time. The work of this artist and designer interested Didier Marien, who decided to build a collection of his works. The colors are bright and the abstract drawings of his monumental tapestries immediately strike the public eye. Galerie Boccara is pleased to present some of the most significant works by Mathieu Matégot, who was a pioneer of contemporary design.

Mathieu Matégot was born on April 4, 1910 in Tapio-Sully, Hungary. He continued his studies, from 1925 to 1929, at the School of Fine Arts in Budapest and then undertook, for two years, several trips to Italy and the United States.

In 1931, Mathieu Matégot finally chose to put down his suitcases and settle in France; he worked several jobs in various institutions, the common point of which remains an artistic and creative dimension that completes his initial training; shopkeeper at Galeries Lafayette and Toile d’avion, designer of decorations for the Folies Bergères, stylist for Parisian fashion houses, etc.

It took him no more than two years to begin, in 1933, his own artistic journey, when he began creating rattan furniture mounted on metal. Passionate about painting since youth, he turned, at the end of the 1930s, to a different creative domain – tapestry. But despite the originality of his work, Matégot long remained unknown and struggled to build a popularity; and the Second World War complicated the situation still more. He enlisted as a volunteer in the French army and was taken prisoner. He was not released until the end of the war. In 1945 he returned to Paris and resumed his interrupted artistic career turning to industrialized manufacturing of models for decorative or utilitarian objects from perforated metal that he created himself. Eventually, first in the Parisian capital, then in Casablanca, he founded a workshop for the manufacture of artisanal furniture: chairs, armchairs, tables, desserts, bahuts, desks, home decor in a variety of materials, such as metal, rattan, glass, wood, Formica, leather, and perforated sheet metal. At the same time, he retained his passion for drawing and continued to design cartons for tapestry, later published by Tabard in Aubusson.

From the beginning of 1950s, his participation in the French art scene intensified, he continued to exhibit at the Salons des Artistes Décorateurs et d’Automne (of which he was a member), at the Indépendants, at the Maison de la Pensée française and at the Pavillon de Marsan (Les Arts de la table). He also took part in large exhibitions abroad: North and South America, Warsaw, London, Venice Biennale, etc.

Although his career in design was short-lived (barely extending to the early 1960s), it was during this precise period that the artist invented the two most important pieces for all of his career – the two essential icons in the field of furniture: the tripod chair “Nagasaki” (1954), and the armchair “Copacabana” (1955).

As decorator and colorist Matégot was also the creator of his own décor line of everyday objects that are both practical and elegant: rolling tables, umbrella holders, baskets, pot covers – all essentially made from his favorite material, the one that has, in part, contributed to his great reputation: perforated metal, or sheet metal. Despite his success, the artist ended his career as a designer in the early 1960s and devoted himself entirely to tapestry, a domain, in which he excelled in the same way as in design. He became one of the leaders of the modern movement in French tapestry. The the monochromatic, or simplified polychromatic color scheme, extensive use of black, and abstract design are all typical characteristics of his tapestry.

The magnificent results of his work in textile can be seen in many prestigious institutions, such as the Headquarters of Wollmark in London, the Bank for International Settlements in Basel, the International Monetary Fund in Washington, the National Library of Australia in Canberra.

Considered one of the most prominent and influential contemporary designers, Mathieu Matégot passed away in February 2001 in Angers, France. 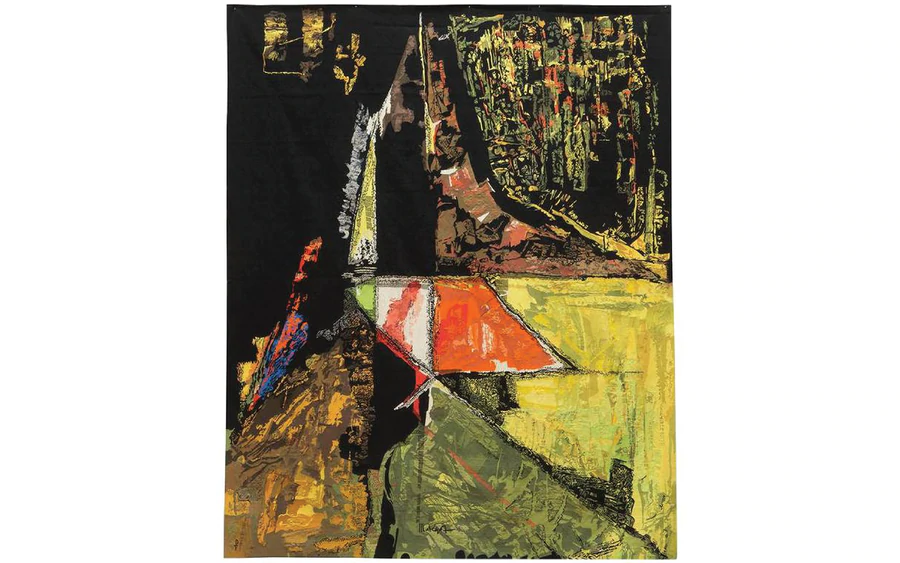 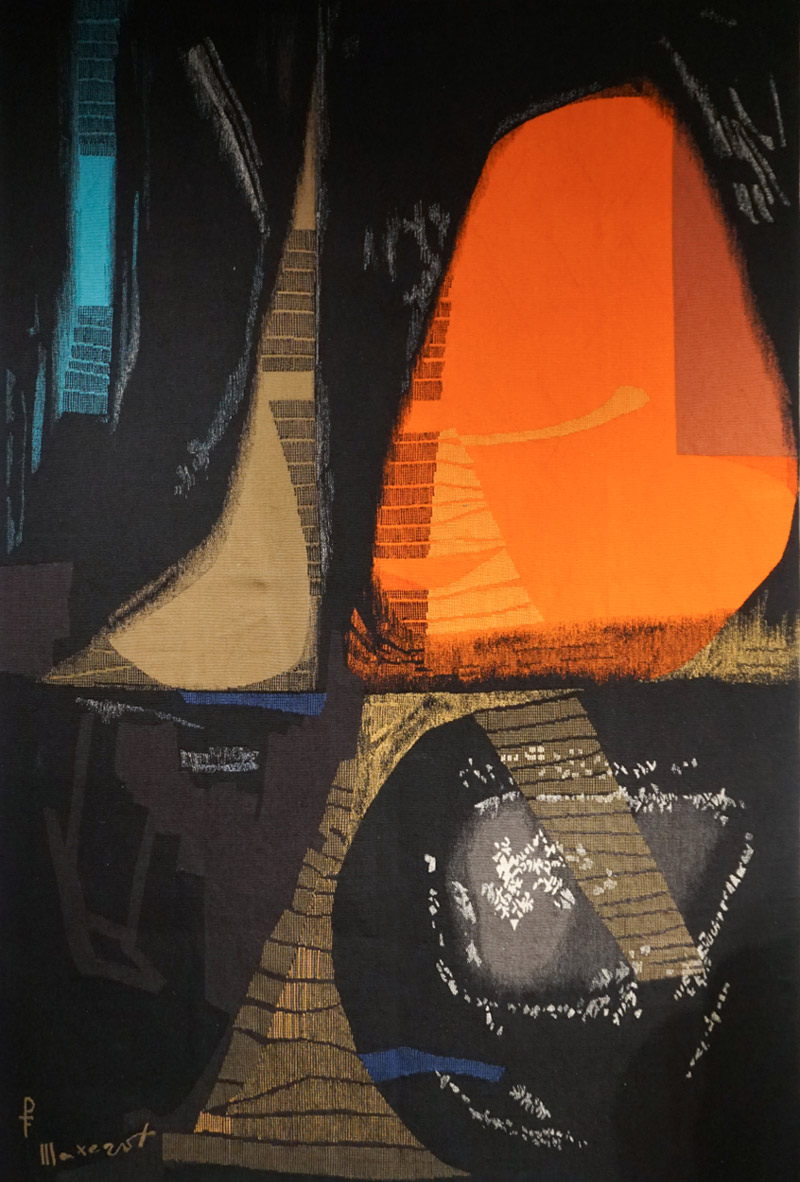 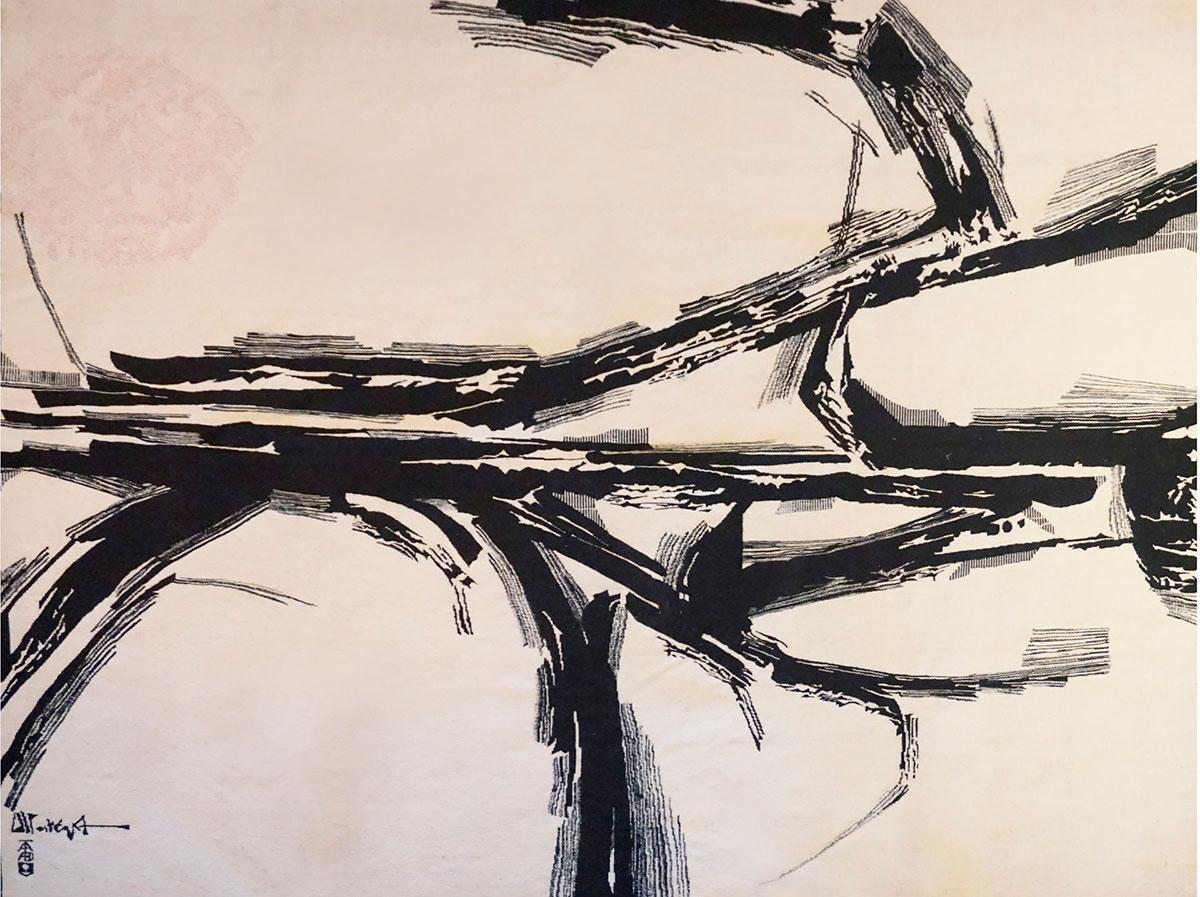 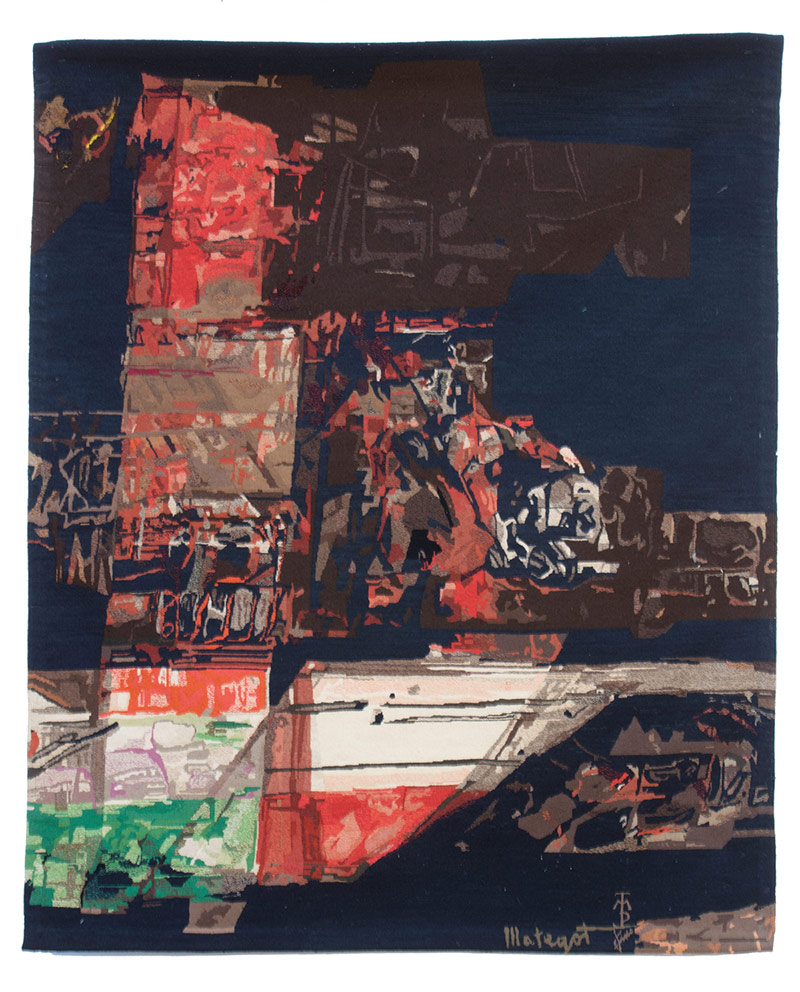 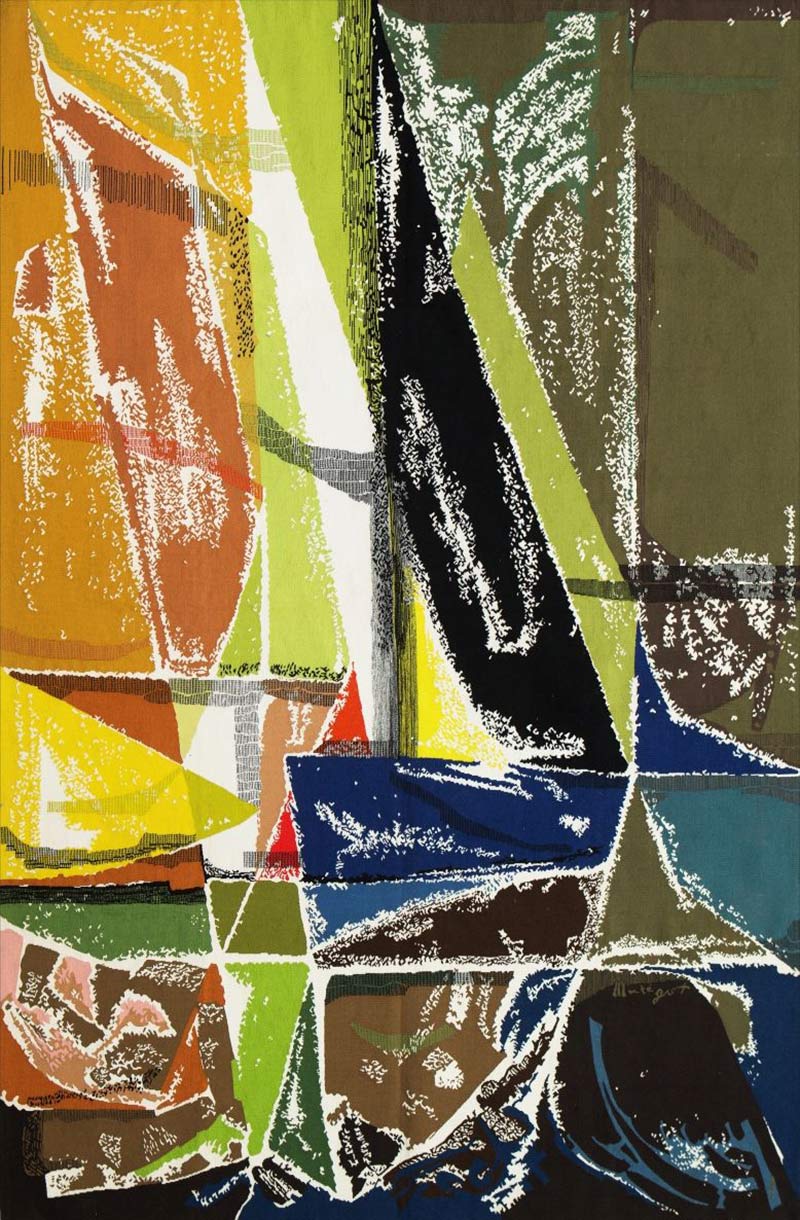