The Boccara Gallery is pleased to have in its collection Victor Vasarely, an internationally renowned artist whose optically complex and illusionistic paintings have earned him the status of “grandfather” and leader of the Op art movement. Vasarely’s vision of geometric abstraction where “pure form and pure color can signify the world” led him to place a premium on developing an engaging and accessible visual language that could be universally understood. Through precise combinations of lines, geometric shapes, colors and shading, he created vivid paintings full of the illusion of depth, movement and three-dimensionality.

Victor Vasarely was born in Pecs (Hungary). He began studying medicine, butdecided to left the school and joined the Fine Arts (1927-1929), then the Bauhaus in Budapest where he became a student of Sandor Bortnyik. His first solo exhibition was organized in Budapest in 1930, and that same year he moved to Paris. During his first period, Vasarely created a plastic alphabet whose infinite combinations were to give rise to an “intellectual and methodical art”. He gradually abandoned applied arts and became interested in abstract pictorial creation. Between 1935 and 1947, Vasarely painted with a more classical representation, portraits, still lifes and landscapes. Later, he created a set of works on Belle-Isle-en-Mer and the artist wanted to show the internal geometry in nature. He wrote the “Yellow Manifesto” in 1955 in which he defined kinetic art. The compositions were more and more elaborate, compositions where geometrical elements joined, interlocked, turned over to get closer to the cellular structure. In 1965, Victor Vasarely took part in the “Responsive Eye” exhibition (New York) which dedicated optical art (Op Art). The man was interested in physics, architecture, industry and wanted his language to be universal. In 1976, he created his foundation in Aix-en-Provence, and designed a building that concretized his conception of art in the city. Vasarely set up a contemporary art center and a meeting and research room for artists, architects and engineers. He has been celebrated in the world’s greatest museums. Victor Vasarely died in 1997 in Annet-sur-Marne (France). 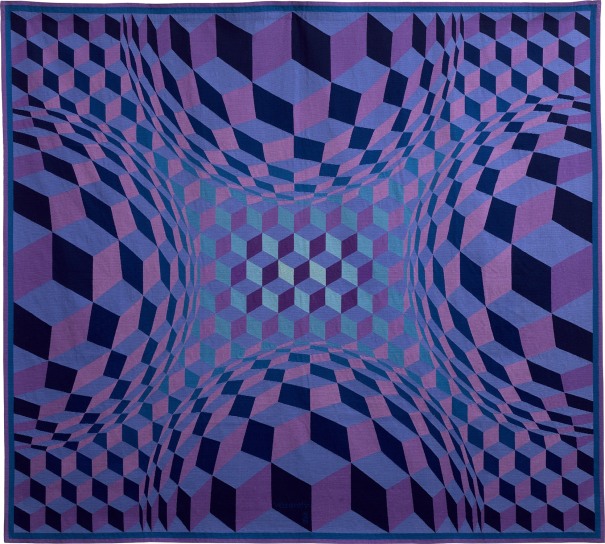