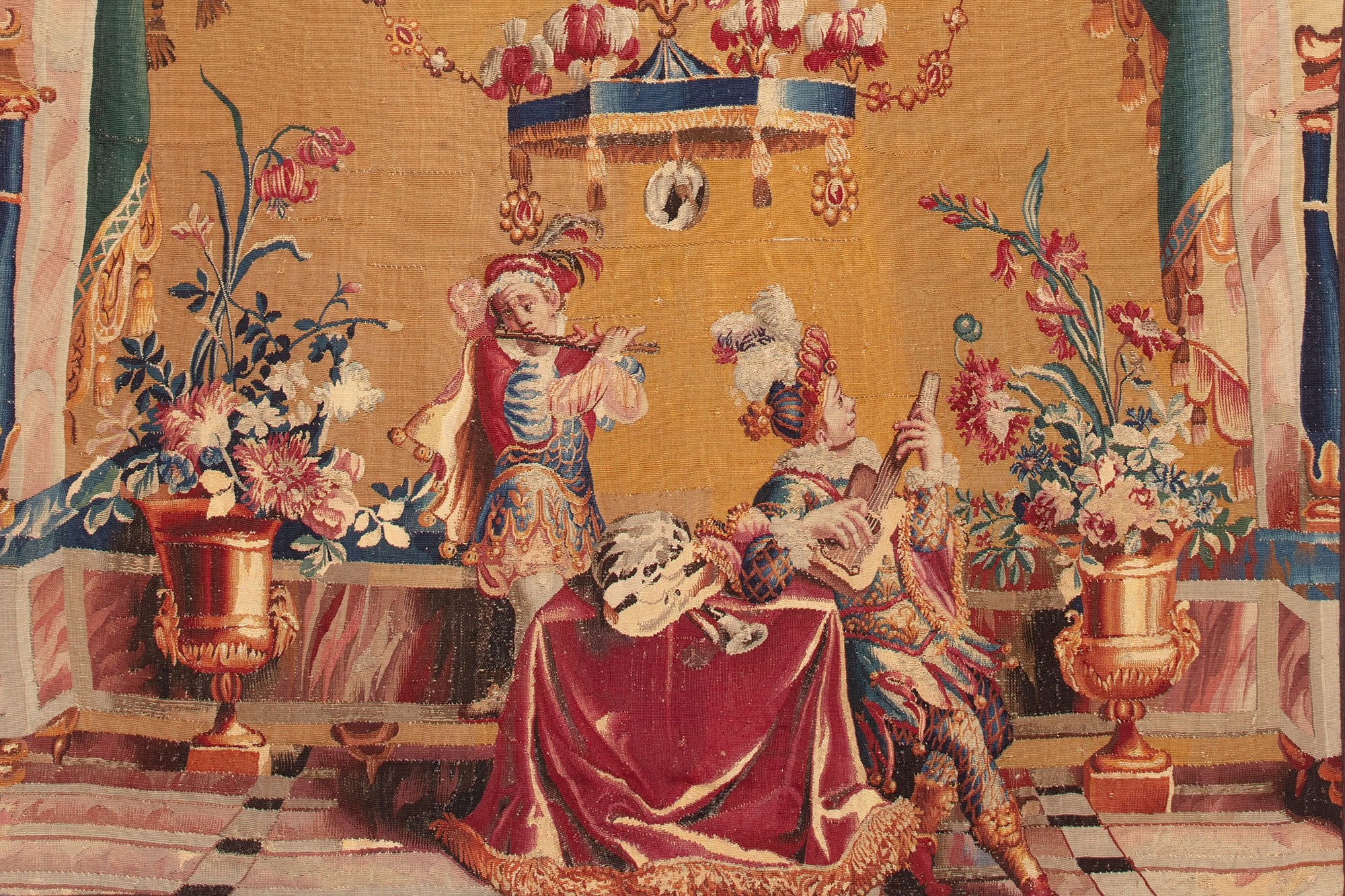 A fragment of Beauvais tapestry
After a design of Jean Bérain 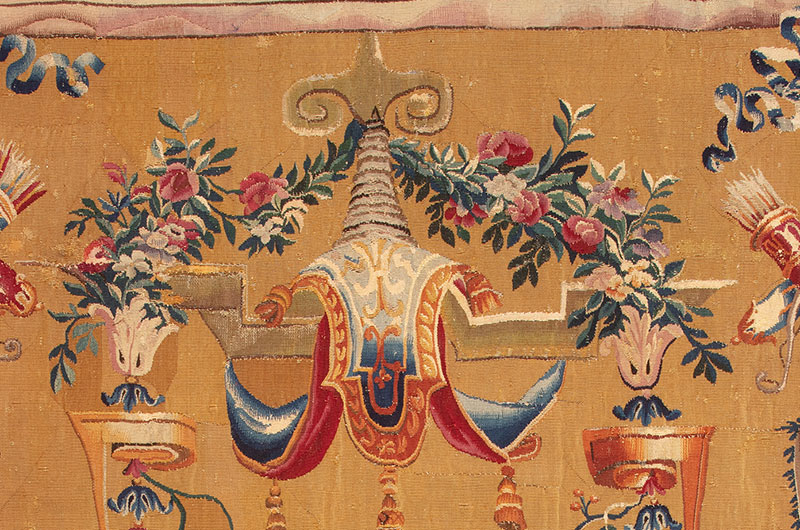 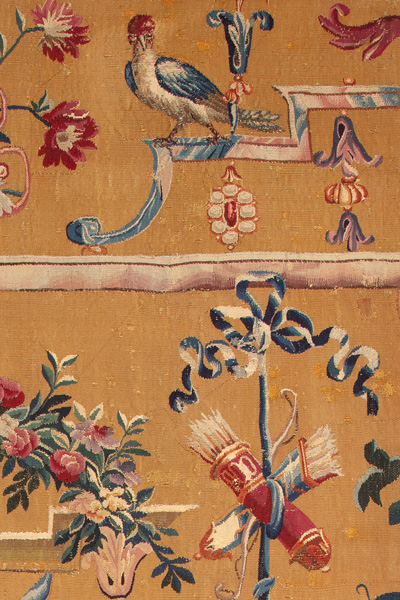 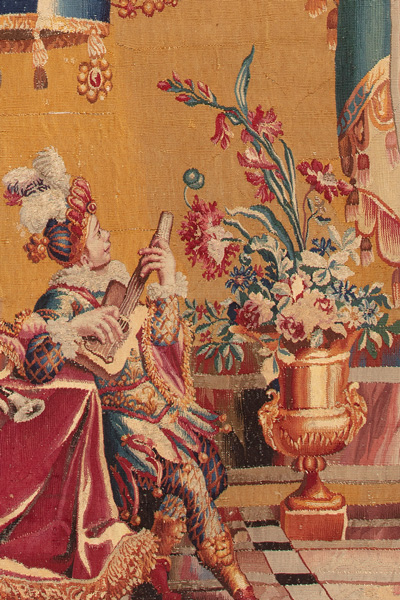 This tapestry comes from the so-called “Grotesques” hanging which was woven at the Beauvais factory under the direction of Philippe de Béhagle from the end of the 17th century and in the first third of the 18th century. The style is directly inspired by the compositions of the ornamentalist Jean Bérain but the cartoons must be attributed to Jean-Baptiste Monnoyer as suggested by C. Bremer-David in “French Tapestries and Textiles in the J. Paul Getty Museum”, Los Angeles , 1975, p.75 when she quotes a letter of December 7, 1695 where “grostesque which is sold in tapestry … is from the drawing of Baptiste, excellent painter and designer of icy ornaments”. The hanging, mainly composed of six tapestries (The Elephant, the Dromedary, the Offering to Bacchus, the Offering to Pan and the Musicians) could be adapted at will with main compositions of figures and characters represented under porticoes. In 1710, a list drawn up at the Manufacture mentions eight different cartoons for the compositions of Grotesques. It could be woven with different borders or simply without to be inserted into a woodwork frame.