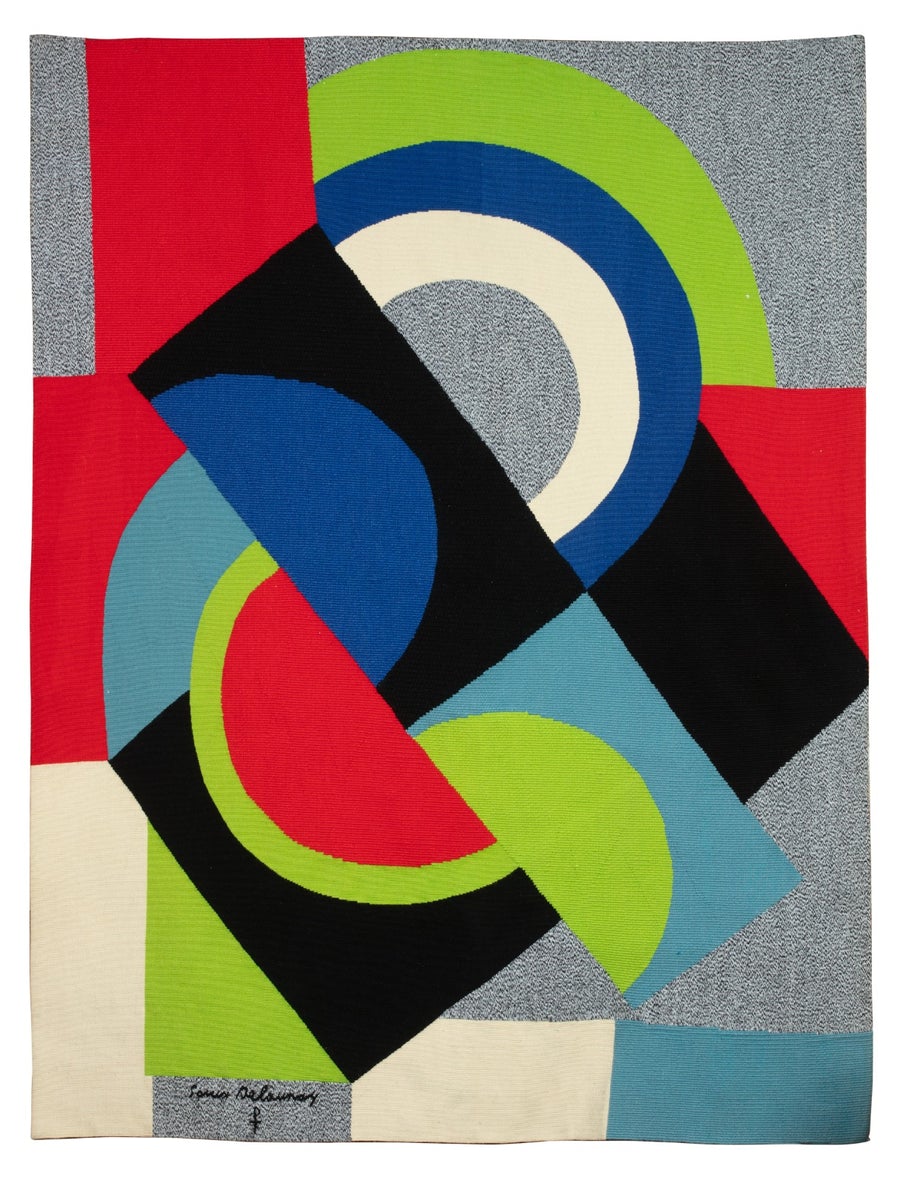 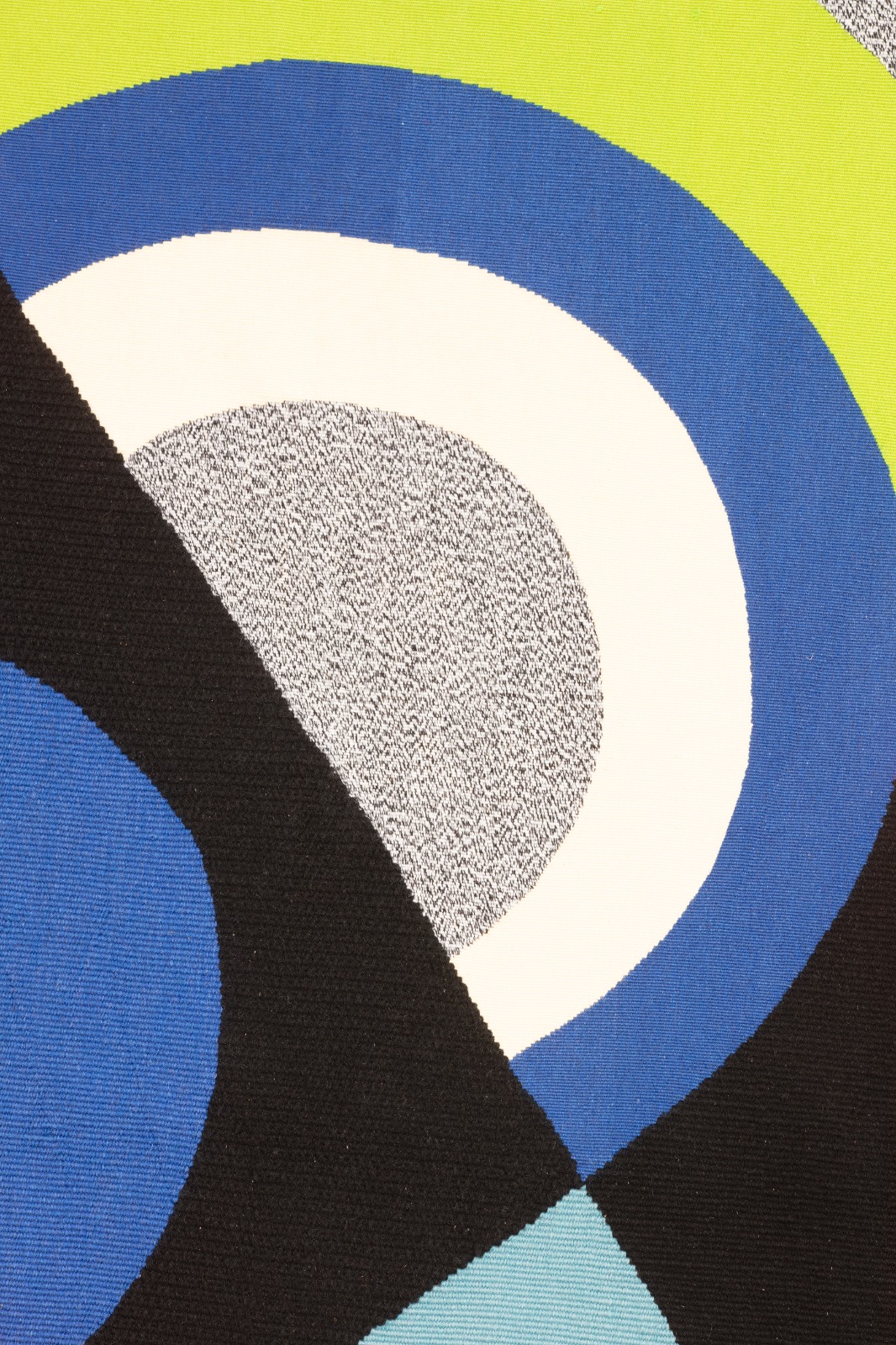 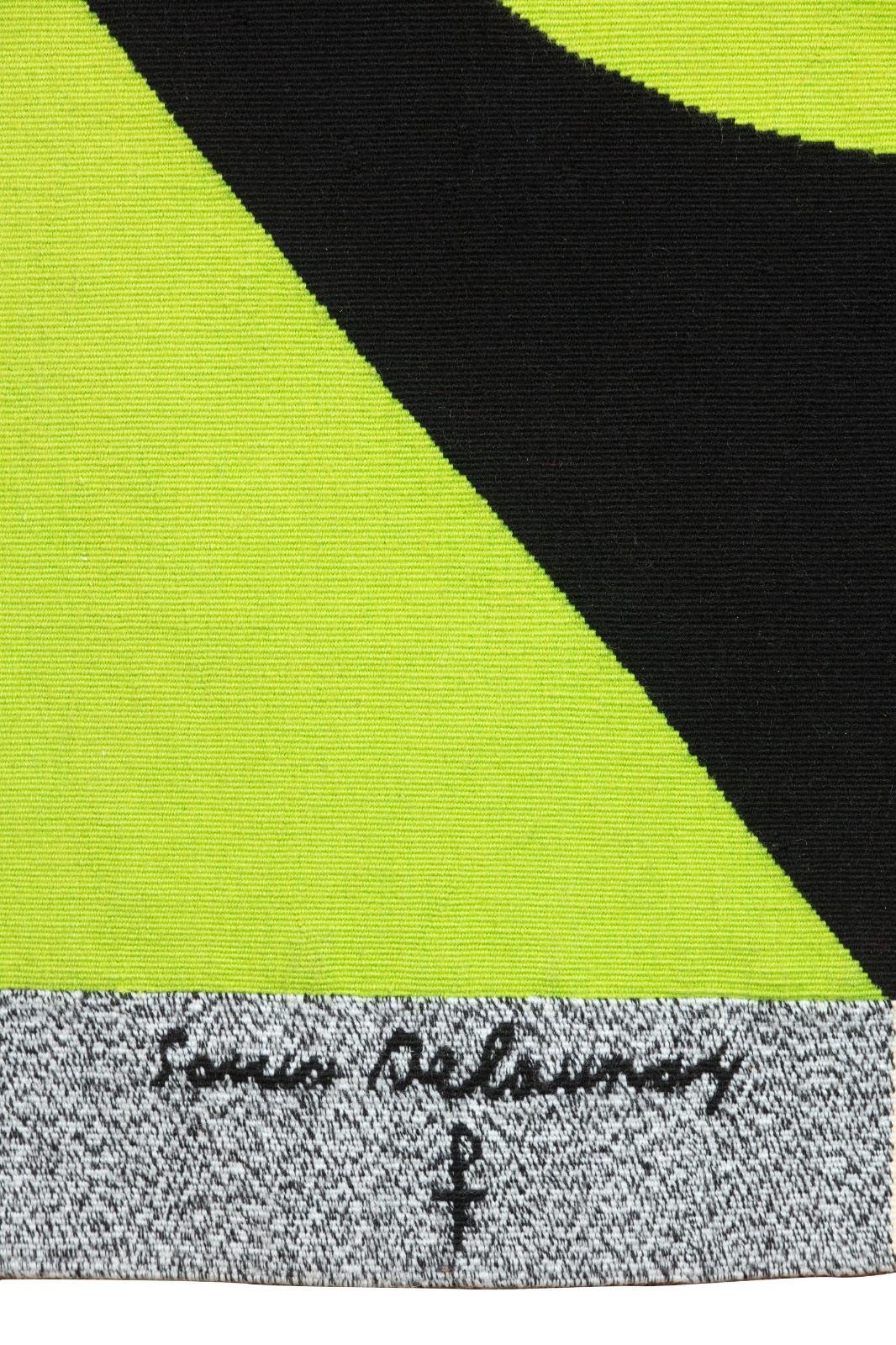 Sonia Delaunay was a Ukrainian-born French artist and designer known for her bold use of colorful geometric patterns. “For me there is no gap between my painting and my so-called ‘decorative’ work,” she once observed. “I never considered the ‘minor arts’ to be artistically frustrating; on the contrary, it was an extension of my art.” Born Sarah Élievna Stern on November 14, 1885 in Odessa, Ukraine to a poor Jewish family, she was sent to live with her wealthy uncle Henri Terk at the age of five. Adopting the name Sonia Terk, she studied drawing in Germany at the Karlsruhe Academy of Fine Arts, before moving to Paris in 1906. It was here that she met and later married the art dealer Wilhelm Uhde, who served Delaunay as a means to becoming a French citizen. During these early years in Paris, her paintings underwent a formal shift influenced by the vivid colors of Fauvism. It was Uhde that introduced her to her future husband Robert Delaunay. Having left Uhde for Delaunay, the new couple pioneered a fusion of Cubism and Neo-Impressionism, later deemed Orphism by the poet Guillaume Apollinaire. She used this new aesthetic approach to produce paintings, textiles, and designs over the course of her career. In 1964, Delaunay became the first living female artist to have a retrospective at the Louvre Museum. She died on December 5, 1979 in Paris, France at the age of 94. Today, the artist’s works are held in the collections of The Museum of Modern Art in New York, the Carnegie Museum of Art in Pittsburgh, and the Hermitage Museum in St. Petersburg, among others.