Born in 1949, Wang Keping is one of the founders of contemporary Chinese art, founder of the avant-garde group called « The Stars » (Xing Xing) formed in 1979 and played a key role in the cultural revolution in China in the 1970s, later taking exile in France, where he moved in 1984.

This expatriation came along with a sliding of political subjects towards a more personal and more contemplative approach centered on the body, essentially feminine.

Wang Keping works in the genre of wooden sculpture, for which he has always used traditional Chinese techniques of fire-blackening. As an artist, he shows his respect to the wood by highlighting its natural curves. His work is guided by peculiarities of the material, accentuating uncluttered forms and movements, as he develops his own language of organic sculpture.

Wang Keping is in the Top 50 Next Most Collectible Artists. His work ‘Silence’ has been selected by the CNN as one of the ’10 art works that will change the way you see China’ (2014).

Considered to be one of the most important contributors to contemporary sculpture. 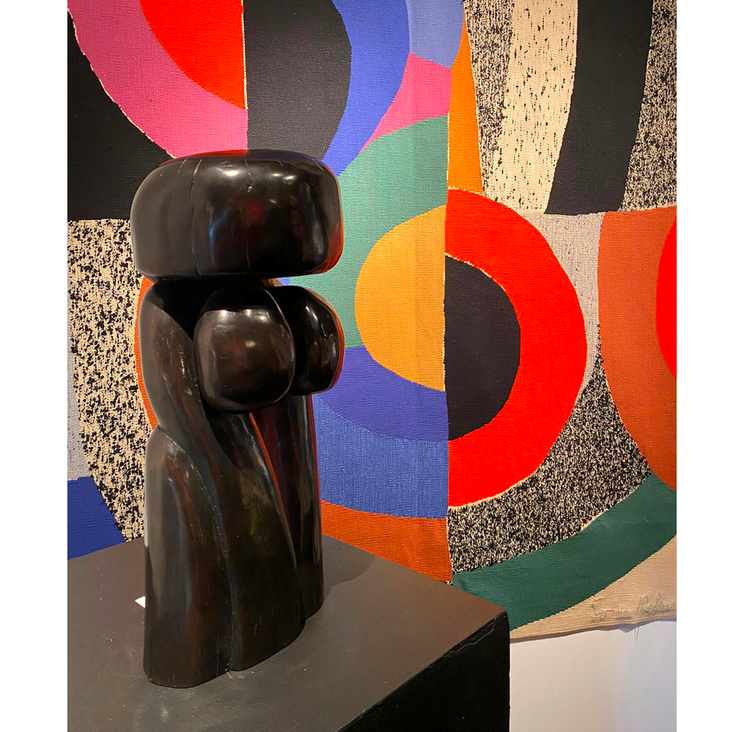